What Does a Logo Mean? To the every-day consumer, or to those not as well versed in business as others, a logo is a simple yet effective tool which brings some more recognition and branding to your company, effectively giving it an image if it hadn’t already obtained one.

Simply put, a logo is a way for the consumer to recognise your product and that it is indeed your finely crafted items on the shelf and not some knock-off.

For the business, you could say it’s one of the easiest ways to market a company, with one simple image. And while this is certainly true, one has to consider what a logo truly means, because it isn’t just a simple marketing or recognition tool, it’s so much more than that.

A logo is a symbol for your company, the one image above all the others that people will forever associate with it, so it should mean something right?

Well, to some companies, the logo simply reflects the demographic they’re trying to reach, whereas others are made with an idea of the ultimate promotional tool.

Now, over the years logos from all sorts of different companies, big or small, have made some sort of headline, again big or small, with the story of their logo.

There was a big mystery surrounding the Apple logo for instance: one set of people believed that the bite from the apple was meant to put people off scaling it, as without the bite, people would compare it to a cherry; another group felt it was a symbol of the Garden of Eden; and the last group thought it was a tribute to Alan Turing, who had a hand in creating the computer and took a bite of a cyanide laced apple.

Of course, these all turned out not to be true, and while they make for fun mysteries like any good Sherlock Holmes tale, they’re not as admirable as say, the logo for Green Schools Ireland. With their logo, the building process was done step-by-step, which each layer having a different meaning.

For example, they believe people are the basis of the foundation, which is why they have a person at the centre, holding a number of green leaves, representing the control the company has in making schools greener.

The two pages at the bottom of their logo are symbols on two fronts: the blue is a symbol of human history, what we’ve already done, but the white page is blank and clear, indicating it has not yet been written.

As they put it, “It represents everything that can be done – and we alone decided what our future will be”.

You see what we’re getting at here? The fact that a logo can be flashy and nice to look at is great, but when it truly represents the foundation that your company was built on, it goes from a nice bit of shiny jewellery to a family heirloom. So if you’re looking for a logo that says something powerful about your company, we at Liquid Bubble are here to help! We one of the top digital marketing agencies in London, and can handle just about any marketing task you give us. So don’t hesitate and contact us on 0208 900 1191 where one of our friendly team members will be able to help! 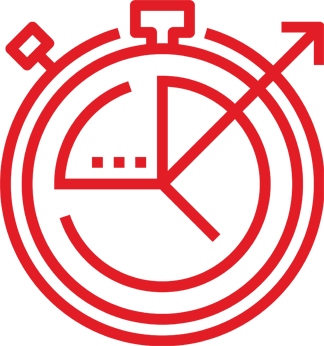